Design and  Customize Mascot Costumes
DETAIL
You are here: Home » Blog » How Do Japanese Mascots Look Like?

When it comes to mascots, no country in the world is as keen to create mascots as Japan. Every county in Japan has its own mascot. According to incomplete statistics, there are more than 5000 mascots in Japan, which is undoubtedly the largest in the world. 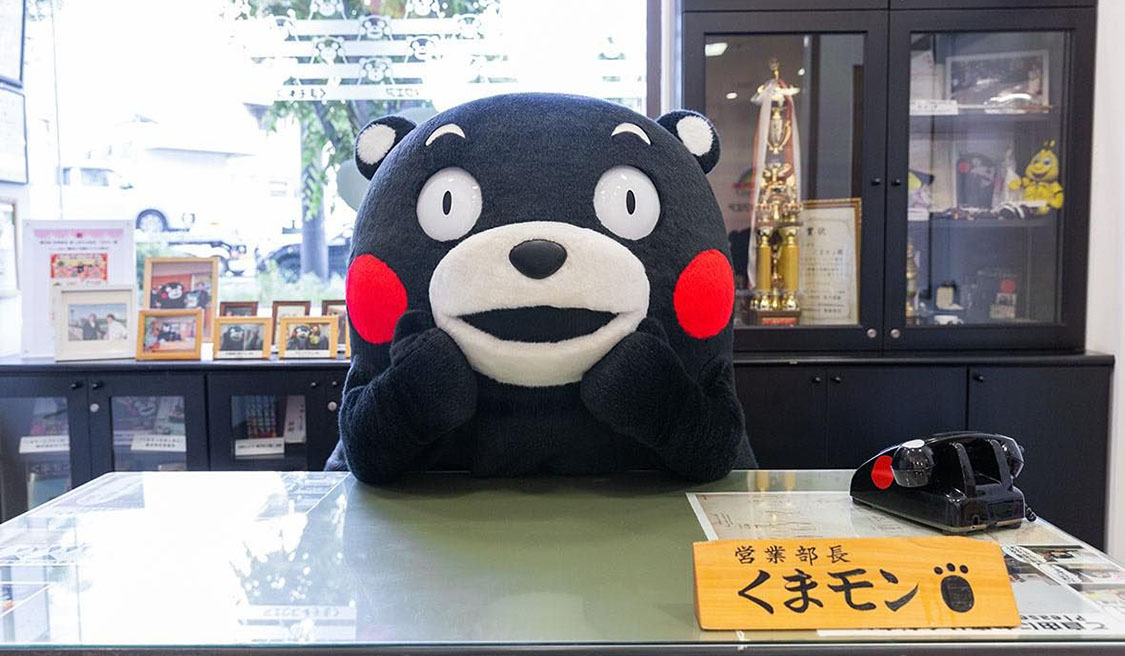 1. Kumamon, the Most Profitable Mascot

Maybe you don't know its name or where it comes from, but you must have used its emoticon! The world-famous Internet community is the mascot of Kumamoto County, the Minister of business and happiness of Kumamoto County, and the first mascot civil servant in Japan.

In fact, Kumamoto's debut came from the sense of crisis of Kumamoto county government. Kumamoto, located in the middle of Kyushu, is inconvenient in transportation. Kumamoto is a place in Japan where there is no sense of existence. Even when the new trunk line of Kyushu runs through, tourists only focus on Fukuoka, Kitakyushu, Kagoshima and other places.

So, in order to save the villagers, Kumamon was born!

With the hope of the whole village, Kumamon traveled among major cities in Japan to promote tourism in Kumamoto county.

Although it doesn't look like a traditional cute image at first sight, Kumamoto has brought unexpected benefits to Kumamoto by virtue of its clumsy, cheap and cute image, and its unmatched ability to trick.

In the second year of Kumamon's launch, the number of tourists taking the Shinkansen route to Kumamoto nearly tripled compared with the previous year. And in 2013, more than 16300 products used its image In two years, the economic effect of Kumamoto county has reached 124.4 billion yen in two years.

Nowadays, Kumamon has visited abroad, been printed on all kinds of famous brands, and has been invited and cooperated constantly. Under the publicity of Kumamon, Kumamoto's popularity and revenue have been greatly improved.

Pyrus, the mascot of chuanqiao City, Chiba county. Pyrus seems to be heavy, but in fact, it's very agile and can jump up to 85CM high.

In other words, Pyrus's journey was a rough one. It was created by an anonymous person and participated in various activities at his own expense. At the beginning of the activity, Pyrus was not popular. It behaved strangely, had a harsh accent, was spiteful and had no official blessing. It came last in the mascot selection.

As a result, Pyrus began to appear vengefully in the tourism promotion activities in the area and made promotional films. With an all-out drive and madness, Pyrus stands out among the mascots.

Those who used to say that Pyrus behaved strangely and had a sharp accent were gradually attracted by this Pyrus who worked hard to rotate and jump on TV, and were moved by its efforts.

Then came more and more variety shows. Pyrus can be on the same stage with Jennes's members at will, and get the fourth place in Oricon's public trust list with a single.

Pyrus's way of counter attack is more and more smooth. Now it can sit flat with Kumamoto, participate in the red and white concert together, and fight in the background by the way.

In a group of mascots, Pyrus can also sit in the middle of the picture. Pyrus also has more and more fans.

In order to revive the mushroom whose sales have been in the doldrums, or to tell the whole Japan that our mushroom is not selling well, qunma county has designed Namezirou, the most lost mascot in Japan.

Unlike other crazy mascots, Namezirou's face is "who am I, where am I and when can I go home" every time he attends the event. There is no cell in his body that can lift his energy.

According to Namezirou himself, it was forced to help promote the mushroom sales industry, so it always looked dispensable.

However, with this "unworthy" loss, Namezirou became popular in a campaign in the rain.

That in the rain wrapped in plastic bags, a face of ignorant forced expression, as if lightning hit everyone's heart. More and more people see themselves who don't want to work or go to school in Namezirou, who are pitiful and weak.

4. Balisan Stuck outside the Door Forever

Balisang, the mascot of Jinzhi city in Ehime County, was born in 2009. The crown of the head is the "Lai Dao Strait Bridge" located in the inland sea of Seto and across the Lai Dao Strait. Waist seal is a special product of Jinzhi city. It is famous in Japan for its super absorbent and super soft texture. Barisan holds up a boat that symbolizes the local shipbuilding industry.

But in the sumo contest, Barisan hit Kumamoto in just one second with the skill of "Barry attcck".

Although the figure is cute, it has become the biggest obstacle to daily work, and it's stuck everywhere.

The mascot of Hokkaido, Mellon bear. It's said that it's because the melon is so delicious that bears often come to steal it. So the local people designed this brown bear with the shape of a melon because of eating too many melons.

Which is your favorite mascot?