What Are NBA Eastern Team Mascots？

What Are NBA Eastern Team Mascots？

NBA has brought great popularity to the basketball, and the NBA mascot is indispensable to every NBA team. Almost each team in the NBA has its own mascot. During the time out of each game, the mascots of the teams will perform in the center of the basketball court. The performance of the mascot greatly enriches the scene atmosphere during the time out. The following are the mascots of the eastern NBA teams. 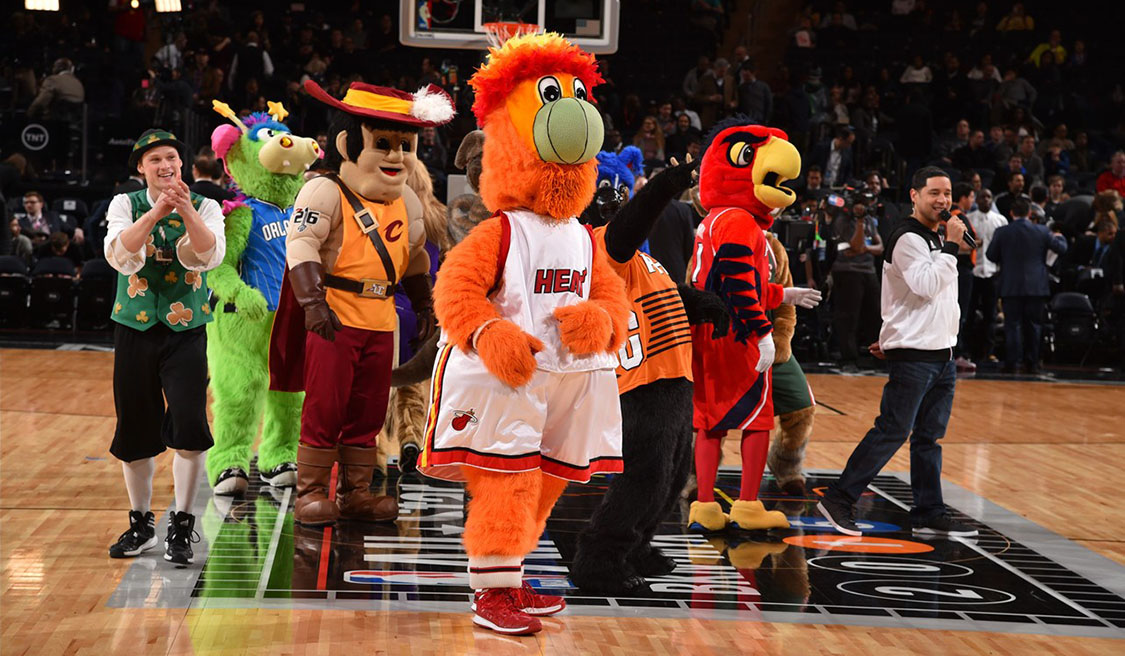 The Mascot of Boston Celtics: “Lucky”

“Lucky” is the traditional mascot in the history of Boston Celtics. It is an Irish leprechaun. Since the Boston Celtics began playing in the NBA in the United States, the mascot “Lucky” has become the symbol of the team and he is allegiant to the team. “Lucky” says he will always be the fan of his favorite team--Boston Celtics until he is at the age of retirement. The mascot “Lucky” has been a symbol of the team for more than 50 years, but it wasn't until the 2003-04 season that he showed his true face for the first time in the show. His favorite players are the Boston Celtics players in green and white jerseys and his favorite food is pizza with fresh pepper.

The Mascot of Toronto Raptors: “Rapter”

In the past nine seasons, “Rapter” has made more than 3,500 appearances in Toronto, Canada and North America, and has performed in Europe, Britain, Belgium and Netherlands and so on. He took part in the 1997 NBA All-Star game and has signed 46271 times so far. He was the leading actor in Nike's commercials and was elected the most popular mascot for the NBA for three consecutive years.

The Mascot of Cleveland Cavaliers: “Moondog”

“Moondog” has a height of 6 feet and a body weight of 200 pounds. His favorite food is rice, and he also likes the women fans of the Cleveland Cavaliers. He has attended the 2004 NBA All-Star game and has won the best mascot of NBA in 2004.

The Mascot of Indiana Pacers: “Boomer”

“Boomer” was born in the fall of 2001. He was born in Conseco Fieldhouse(the name of a basketball stadium). He likes to say hello to the Indiana Pacers fans and run after the car. He likes any food that can be put in a bowl.

The Mascot of Milwaukee Bucks: “Bango”

“Bango” has served the fans for 42 seasons. He sends pizza, dance and a variety of entertainments to the fans. “Bango” is very popular in celebrations and is often invited to attend celebrations and banquets. His name comes from when player shoots, the mascot will shout the voice as "Bango".

In fact, there is a variety of mascots in NBA that symbolize many good things. And because their images are very cute, many people are willing to wear corresponding cosplay clothes. When we wear cosplay clothes of the mascot to go to watch the basketball game, we hope that our team will win. That is all that counts.