What Are Olympic Mascots Fuwa Designed?

What Are Olympic Mascots Fuwa Designed?

Fuwa is the mascot of the 2008 Beijing Olympic Games, designed by Han Meilin, a professor at the school of fine arts, Tsinghua University. It was officially released on November 11, 2005, just 1000 days before the opening of the 29th Olympic Games. 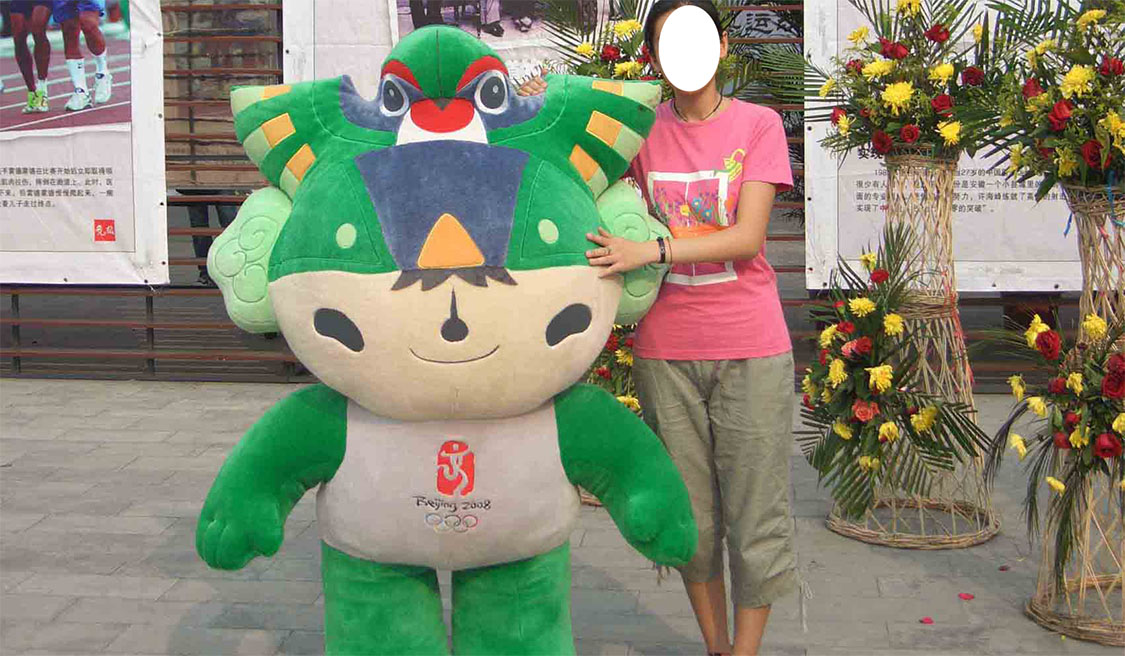 Fuwa are five anthropomorphic dolls. Their prototypes and headdresses contain the connection with the ocean, forest, fire, earth and sky. They apply the expression of traditional Chinese art and show the broad and profound brilliant Chinese culture. Each doll of Fuwa represents a good wish. Beibei symbolizes prosperity, Jingjing symbolizes joy, Huanhuan symbolizes passion, Yingying symbolizes health and Nini symbolizes good luck. With Beijing's hospitality, dolls bring blessings to all over the world, inviting people from different countries to celebrate the 2008 Olympic Games in Beijing, China.

Jingjing's inspiration is from endangered rare animal‘panda’ in China. He represents the black one of the Olympic rings.

Huanhuan's inspiration sources from Chinese traditional fire pattern and the fire pattern in Dunhuang murals. Huanhuan is the big brother of Fuwa. He is a fire doll, symbolizing the Olympic flame. It represents the red one of the five Olympic rings.

Yingying's inspiration is from the unique rare animal‘Tibetanin antelope’in China. He represents the yellow one of the Olympic rings.

Nini's inspiration is from Shayan kite or Beijing swift of Beijing's tradition. She represents the green part of the Olympic rings.

At 8:00 p.m. on November 11, 2005, Beijing time, the mascot of the 2008 Beijing Olympic Games was officially announced in the workers' Stadium. Its image is fish, panda, Olympic flame, Tibetan antelope and Beijing swallow. Its name is Beibei, Jingjing, Huanhuan, yingying and Nini, meaning ‘Welcome to Beijing’ in chinese. The following is the main process of the mascot of this Olympic Games.

According to the person in charge of the Beijing Organizing Committee for the Olympic Games, the mascot design competition for the four-month Beijing Olympic and Paralympic Games was completed on December 1 and entered the stage of selection.

At 8 p.m. on November 11, the mascot was officially unveiled at the Beijing Workers' Stadium.

More than 500000 Olympic mascot franchised products have been sold in franchised retail stores all over the country since November 12.

The mascot of this Olympic Games has five characteristics.

The design of Beijing Olympic mascot contains profound connotation. The five Fuwa can not only correspond to the five rings of the Olympic logo, but also conform to the national conditions of China with a large population, a long history and rich culture. At the same time, it is also closely related to the traditional Chinese digital culture, such as five elements, five blessings, five protection gods, and so on. The five Olympic rings are connected by five different color rings, representing five continents, Europe (sky blue), Australia (grass green), America (red), Asia (yellow), and Africa (black). The five rings are closely linked, symbolizing the friendship and solidarity between athletes and people from all over the world. Surprisingly, the five rings coincide with the five elements theory of China, and the five elements have five different colors.

The things of the nation are the things of the world. The five Fuwa groups show the charm of Chinese traditional culture to the whole world and convey the message of unity, peace and friendship.