Design and  Customize Mascot Costumes
DETAIL
You are here: Home » Blog » What to do as a Character Performer in Disneyland?

What to do as a Character Performer in Disneyland?

What to do as a Character Performer in Disneyland?

Everyone likes Disney cartoon characters very much. When visiting Disneyland, interacting with cartoon characters is an indispensable part. Although it seems simple for actors to play cartoon roles, they just hug and wave, kiss and play cute roles. But the most influential staff told people that the work was much more difficult than they thought. 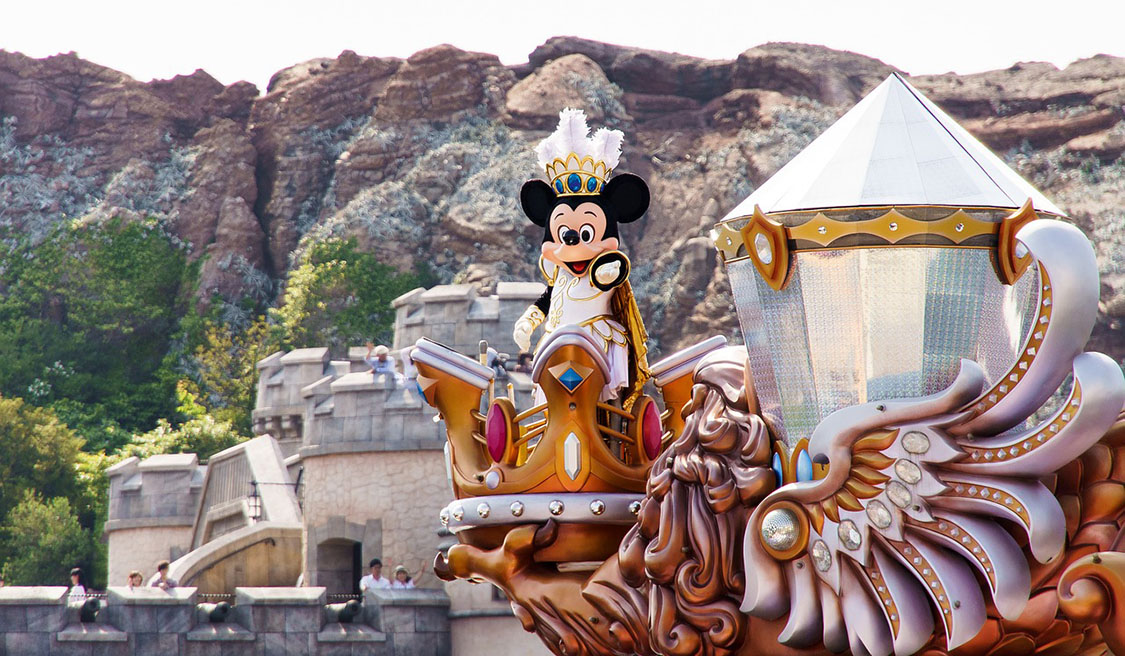 1. They Have Their Own ‘Jargon’

Fur characters such as Mickey, Donald Duck, Winnie the Pooh, etc. need to wear huge, hooded clothes to communicate with tourists through body language. Facial characters include Mermaid, fairy and other human or humanoid characters.

But no matter what kind of role, in order to ‘not destroy the children's inner fairy tale world’, when actors send their work photos on the social platform, they can never mention the words like ‘I played this Mickey’. Disney officials give a more appropriate saying, ‘today I am a friend of Mickey / Minnie.’

2. The Height Requirement Is Really Strict

To play Disney's cartoon characters, they need to go through several rounds of auditions, most of which are applied through the Disney academy project.

Some roles have high requirements for height. If the height does not match the roles of this group of recruitment, they will be eliminated directly. For example, the most popular type of character, Disney Princess, must be between 162-174 cm tall. Male characters such as Tarzan and Gaston in Beauty And The Beast usually need a height of more than 1.82 meters. However, once hired, it is possible for an actor to play multiple roles of the same height.

According to the character description on Disney audition website, whether it's "Princess" or "village girl", beautiful face and slim figure are necessary. But the color of hair and eyes is not very important, especially for female characters. After all, they can wear wigs and beautiful colored contact lenses to change.

However, the requirements for male character's figure are more detailed. Christopher's actor needs to have a ‘sports’ figure. Gaston's actor should be a ‘strong’ ‘Sports’ figure, and Tarzan needs to be ‘strong, athletic and muscular’.

The role supervisor will reassess the actor every six months to ensure that the actor's body is not out of shape. But even after half a year's examination, according to the union contract, actors still need to attend an annual audition to prove that they are still fit for the role.

In comparison, there are more auditions for facial characters, and those who report their names may not be able to participate in the latest auditions, so they need to wait in line. On average, there are about 700 applicants participating in the audition for fur characters each time, while the audition for face characters often exceeds 1000, which needs to be conducted in two days. After several rounds of elimination, only about one in five people can stay smoothly.

5. Passing the Audition Does Not Mean the End

After this stage, the actors to be will be sent to the dressing group to try on make-up, receive short training for the role, and imitate the voice or even accent of the designated role. After taking the make-up photos, the agent finally decides who can stay. Every actor who passes the audition needs to play the fur characters in the first few weeks, even if the audition role is a facial role such as the little mermaid. After the probation period, the actors will carry out the next training, including how to do well in the preparation work including dressing in an hour, how to make up for the specific makeup of the character, etc.

During the training, actors will watch the films of their characters, imitate their various postures, and even learn their signatures. Because if they are stopped by enthusiastic fans, the actors must sign the names of the cartoon characters they play. Moreover, Disney has strict requirements on the handwriting of the signature. The signatures of different staff members must be consistent. Given that an actor may play several different roles, the actors also need to concentrate on difference when signing.

7. Putting On the Costume, You Are Mickey

In Disneyland, there are two most important principles.

(1) There is only one Disney character.

(2) After putting on the costume, you are Mickey, not yourself.

In Disneyland, it is forbidden to have two identical characters together, and visitors should never see two Mickies at the same time.

Disneyland princess, even if Anna in ‘Snow And Ice’, has to hold up a high and cold princess shelf in front of the tourists who are ordinary people, beckoning, blinking, very lady. When taking photos with tourists, the actors who play the princess need to talk in a princess voice and tone. The reason is that she needs to show a real princess behavior according to the request. As a result, Disney has banned role players from posing with scissors hand when asked to take photos.

9. Feeling Hot in the Mascot Costumes

The worst part of the job is ’always hot, hot, hot’. The staff of Hong Kong and Orlando Disneyland have the deepest experience. For this reason, Disney has also formulated corresponding regulations. When the outdoor temperature is lower than 35 ℃, fur character actors should return to the indoor for 30 minutes every 30 minutes of outdoor performance. If the outdoor temperature is higher than 35 ℃, the actor's single performance time outdoor will be reduced to less than 20 minutes, and the rest time indoor is the same as the outdoor performance time. Facial characters are not bothered by furry costumes, and they will meet more tourists outside. But even if the weather is cool, they will not spend more than one hour outdoors.

10. For the Children's Smile

Most Disney role players agree that it's the happiest part of the job to see children smiling, and that the heat and pressure in the costumes is worth the moment. A former Alice performer mentioned that meeting children made the job special. As Disney actors, they often interact with children. The most meaningful experience is with disabled children.

Ogeso once attended a meeting with Minnie's actors for a child suffering from cancer. ‘I'm glad I was wearing a headdress because I cried a lot at that event.’ Another former Mickey actor had a similar experience. ‘There was a little boy in a wheelchair who stopped in front of me and looked up at me and said, ‘ Mickey, Mom and Dad asked me what I wanted before I saw God, and I said I wanted to see you.’’ Whenever she remembers it, she's instantly uplifted.