Design and  Customize Mascot Costumes
DETAIL
You are here: Home » Blog » Why is Kumamon So Popular?

Why is Kumamon So Popular?

Why is Kumamon So Popular?

Kumamoto was born in Kumamoto County, Japan. At the same time, he was also elected as Kumamoto county's business minister and Minister of happiness. Speaking of Kumamoto's birth, it was because of the opening of Shinkansen in Japan. Kumamoto county was originally a humble place in Kyushu, Japan. The government had no money, there were few young people, the employment was poor, and the local economy was in adversity. In 2011, Shinkansen was connected, and Kumamoto County, as an intermediate station, saw opportunities. So the county government decided to design a mascot to bring more tourism and additional income to the county. 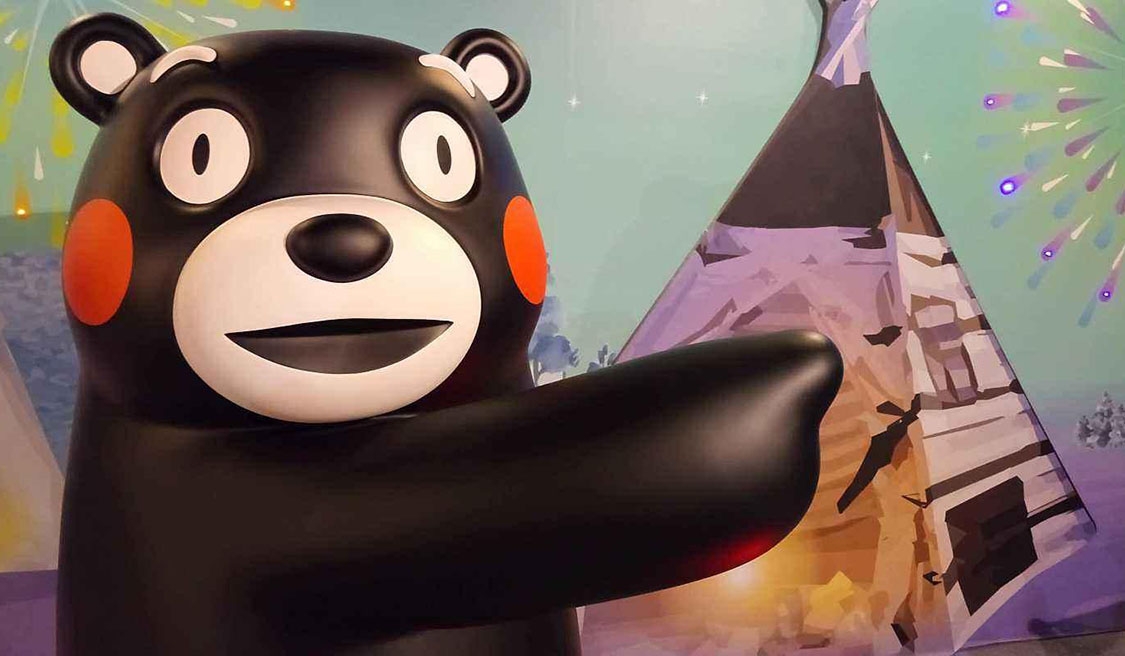 Why is Kumamon so popular?

The promotion of Kumamon in Kumamoto County has always been based on social media, and Kumamon has been vigorously promoted through social networks such as blog, twitter, Facebook and radio. As a result, Kumamon is highly exposed, and its publicity effect in 2010 is about 640 million yen in terms of advertising expenses. In 2011, Kumamon won the first prize in the Japanese Mascot competition, and its popularity has increased since then. With the help of the rising popularity, Kumamon was appointed as "Kumamoto County business minister" by the county governor, who was responsible for promoting the tourist attractions and special products of Kumamoto County. Kumamon also takes this opportunity to go abroad and carry out extensive activities. For example, in Hong Kong, there is the Facebook page of "Kumamon Hong Kong happiness Department"!

On March 12, 2015, Kumamon, the mascot of Kumamoto county and "Minister of business", celebrated his birthday and held Kumamon birthday party in Kumamoto City.

Although it is not a weekend, the birthday party has attracted fans from all over Japan, and even fans from overseas come to attend. Kumamon stood in front of the huge cake and sang a birthday song with everyone. In the afternoon, Kumamon also marched in the store street with other mascots coming to celebrate his birthday. As of May 15, Kumamon celebrations were held in three cities including Kumamoto.

Kumamon was pointed out in October 2014 by Pu Shimao Yufu, governor of Kumamoto County, that he had to lose weight because he ate too many local delicacies, which resulted in his body shape being out of shape. Since then, Kumamon has been seen running in the park and in the Tanita canteen, which offers low calorie meals.

However, it will not last long. On January 5, 2015, Kumamon appeared on the cover of health magazine Tarzan with a fat body. Kumamon ate so much in the first month of the year that it was determined to lose weight for the first and last time this year. "I will tell everyone in the country the secret of success in losing weight," it said confidently

However, only two months later, because the bear's "weight and body fat ratio have not changed", the weight-loss plan ended in failure, so he was demoted to "Assistant Minister". "In February, cute bears received a lot of chocolate from fans, and their weight rebounded," a spokesman for the county explained. In response, the governor of PuDao gave instructions to "sweat more in the publicity activities and continue to lose weight".

In 2013, the county government successfully planned the search for blush. This time, Kumamon lost his cheeks blush. Without blush, it is just an ordinary bear, and the meaning of "fire country" is gone. The county government thought the incident was very serious. The county magistrate held an emergency press conference again, saying that the county government had set up an investigation team to investigate the matter and called on everyone to help Kumamon find the blush. Kumamon also went to Tokyo police station to report the case.

Kumamoto actively attended all kinds of publicity activities, almost everywhere, even in the scene of meeting the emperor and his wife. But the emperor asked, "is Kumamoto really the same person playing all the time?"

As a popular mascot in Japan, its clumsy and simple image can be seen everywhere: it is made into a doll, printed on clothing as a logo, a puffed face packaging bag, and Japan Airlines even launched the "cute bear special plane".

The body parts of this cute bear motorcycle are made of black and red, which represent the color of cute bear. The fuel tank is decorated with red stripes on the basis of black, while the 3D Honda logo on the right side of the badge in the shape of cute bear stands out.

In addition, the red shape of cute bear face is used as the main shape of motorcycle wheels. It's a funny motorcycle.

In order to commemorate the 100th anniversary of the opening of Kumamon - Dajin town and Kumamoto county section of Fengfei line, Kumamon shaped platform ticket was launched by Kumamon branch of Kyushu railway company at Kumamon station.

Kumamon is wearing a uniform hat with red and yellow lines. There is a column on the back to record the date of issue, which can be stamped on the sales window with the serial number.

In October 2014, the exhibition of "the supreme treasure of Taipei Palace Museum" was held at the Kyushu National Museum, taizaifu City, Fukuoka County, Japan. Kumamon also appeared in the museum to promote the main exhibit "people and bears". After visiting the special exhibition hall, Kumamon, together with the director of the third round of jialiu Museum, imitated the exhibits and put on the shape of "man and bear" to perform for the visitors.

Kumamoto County strives to increase its commercial integration capacity. With the support of the government, the use of Kumamon is free of charge.

Generally, the local government will levy a trademark royalty on the goods with their mascot portraits, or draw a certain amount of tax from the sales of the goods in return. However, the government of Kumamoto county does the opposite and does not charge copyright fee.

In 2014, the overseas sales of Kumamon, the mascot of Kumamoto County in Japan, was finally lifted. In June, Kumamoto County began to hold an explanation meeting for enterprises to accept cooperation matters.

Previously, due to the emergence of counterfeit products, Kumamon's overseas sales were limited to some department stores in Hong Kong. However, after the completion of all trademark registration, Kumamoto County officially decided to promote it to the overseas market. These include mainland China, Hong Kong and Taiwan, South Korea, Singapore, Thailand, the European Union and the United States. Enterprises with cooperation intention need to apply to Kumamoto county.

Among Kumamon's peripheral products, the food sales in 2014 was 49.49 billion yen, 1.8 times of the previous year. It is reported that 170 million yen is the sales income in overseas markets such as China and Thailand. The head of Kumamoto county government said that he "looks forward to the gradual expansion of overseas markets in the future".

That's why Kumamoto can become the Internet celebrity in everyone's mind, which represents a place with such characteristics.